From Çayönü to Today: "Terrazzo"

Çayönü where the first ever scientific excavation performed in Southeast Anatolia is home to extremely important specimens of the World’s architectural history. The style of the tile work on which you step on, may well be one of them. 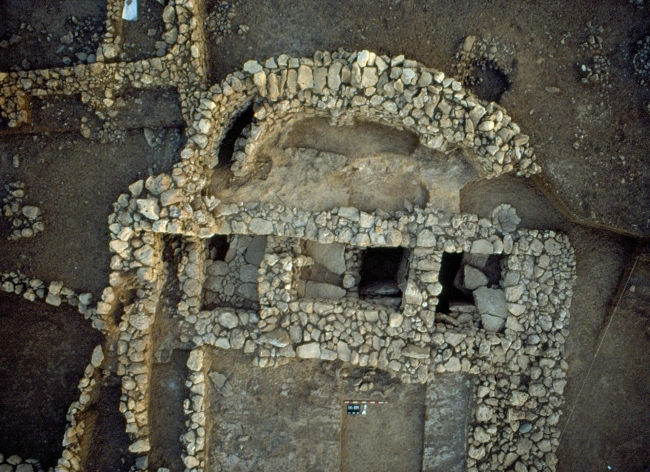 Even if you have lived in Turkey your entire life, you might not be able to pinpoint Çayönü on the map -or have heard of the place to begin with. Whereas many of the things you take for granted in your day to day life are resourced from this valuable mound.

Our first lesson is geography: Where is Çayönü? The archaeological site of Çayönü is located in the lowlands of Ergani in Southeastern Anatolia. It is separated from the Hilar village set on the natural and archaeological protected area of Hilar caves by the Boğazçay stream. The mound is 4.5 meters high, on a wide, sprawling hill of 160 x 350 meters. The closest metropolis is Diyarbakır, roughly 60 kilometers away. Between areas of Çayönü, Anatolia, Mesopotamia, and Zagros lays the greatest Neolithic era settlement excavation to our day; 6 thousand square meters wide.

Our second lesson is history: Çayönü excavations which are the first scientific excavations of Southeastern Anatolia were executed between 1964 and 1911 with the collaborative efforts of many experts. During 1990-91, parts of the excavation were set up as an open air museum. The suspended excavations continued 2015 onwards.

The foremost significance of Çayönü is that it displays the transition of society from the hunter-gatherer arrangement to agricultural settlements in a perfect sequence throughout the 3000 years between 9300-6300 B.C. In other words, Çayönü is a diorama of the history of civilization.

The Basics of Anatolian Village Architecture

Çayönü is considered a universally significant archaeological site just for the fact stated above. But the features of the mound are not limited to it. The well preserved structure of this pre-historic settlement allows observing the progress of architecture as well. The foundations of traditional Anatolian village architecture were laid right here. Among the exemplary structures categorized into six different phases; one can observe circular subterranean shelters -at times with soubassements- made out of branches and straws as well as single floor buildings built of stone and adobe. The style of construction has evolved through time into rectangular structures with stone basements. From the roofs to construction materials, each problem was dealt with local solutions.

The Skull Building; reflecting varied traditions of sepulture and containing the remains of more than 400 people, the Saltaşı Tiled Building and the 60 x 20 meters wide big square “Plaza” spangled with obelisks are among the outstanding samples of architecture.

One of the structures in Çayönü holds a separate significance. This structure called the “Terrazzo Tiled” building is a temple built during the Cell Based Structures Phase. Its importance lies in the flooring. This rectangular planned structure containing columns inside is not only ahead of its time, but is considered remarkable for our day and age. The floor of the structure is done by the “terrazzo” technique, a type of mosaic flooring. The floor of the building which was built with great effort is made up of hydralime, red broken stones and sand, which was then meticulously straightened and varnished. Another interesting element about the floor is the lines made up of straightly aligned white stones, with the same technique.

The small tools found in Çayönü bear witness to the stonemasonry of the Neolithic residents of the mound. Grinding stones, mallets, stone pickaxes, stone cannons, slotted stones, chiseled stones are among the various tools that were unearthed.

Many steps towards urbanization were taken in Çayönü. Those steps carried us to our modern day. Our Urban Floor tiles catalogue is the reflection of this Anatolian heritage to our day. Take a look; our solutions will inspire you…